To Catch a Yeti

To Catch a Yeti is a 1995 Canadian not-quite children's film directed by Bob Keen. While trying to escape hunters, Hank the Yeti finds himself befriending an American family in a big city. It stars rock star, Meat Loaf Aday, as the main antagonist, Big Jake Grizzly, a monster hunter for hire. RiffTrax released their riff in May 2015.

Meat Loaf stars in this family-comedy about a Yeti (also known as "Bigfoot" or "Sasquatch") who finds himself lost in an American suburb. RiffWiki.net Editor-in-Cheif Dave Chadwick says "To Catch a Yeti, @RIffTrax's latest VOD, ups the WTF factor beyond even Fun in Balloonland levels." 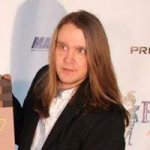